A modern depiction of children playing in the sand from the popular television show The Simpsons.

First, in 1885 the Massachusetts Emergency and Hygiene Association (MEHA) replicated German placing sand in public parks for recreation and education. Theoretically, aesthetic sand piles inspire “proper” moral behavior. The MEHA opens twenty sand gardens before changing their name to the Committee on Playgrounds in 1888. In 1891, Chairman Ellen Tower and matrons supervise playgrounds. Miss Tower reported feeling a “saving force for the children.”[1] Children were “kept away from the associations of the gutters and the wharves, were made happy, and taught something of honesty, unselfhiness, and gentle manners”[2] four months each summer.

Finance opposed the project because MEHA only distributed cheap information pre-involvement with play-places. Playground upkeep rose from $9 a year in 1887 (over $1,000 compared to 2013)[3]* to $334 ($43,100)[4] in 1889. After 1893, operation cost never fell under $1,300 ($168,000)[5] annually. Newspaper campaigns generated money for building but upkeep was nonexistent.  In 1889, Bostonian Mayor Josiah Quincy persuaded the School Committee to grant $3,000 ($390,000)[6] to the Committee on Playgrounds for equipment maintenance. The School Committee happily gestured to playgrounds as reminders of accomplishments during elections.

Bostonians searched for places to build playgrounds through the next decade. In 1896, park departments took power to buy or sell public land. Proposals to use schoolyards during summer met passive remarks, “The lack of supervision would . . .  result in damage to the school buildings.”[7] Mayor Quincy reignited the conversation by arguing 1/20 of playground’s cost returns in social well-being. Mayor Quincy called for “no less than a million dollars;” over a period of several cuts his legislation became”$500,000 with a yearly spending limit of $200,000.”[8] 1898, the law was actualized and within 3 years, Boston boasted 10 playgrounds. 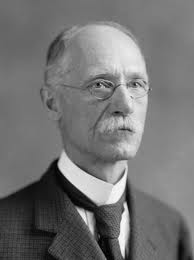 Finally, the Massachusetts Civic League formed to bridge government and Bostonians under Joseph Lee, a progressive that believed civil pressure on government achieves results. In 1899, the league proposed playgrounds were in short supply and not operating at full potential. In 1900, the league sponsored legislation allowing the Park Commission to spend an additional $500,000. The organization ran maps and literature distributions through the community and government. “Interference in municipal affairs” [9]vetoed legislation.

Joseph Lee, secretary in 1900, demonstrated proper administrative techniques organizing and maintaining a model playground. Lee articulated concrete ideas and developing problematics. Lee believed hired matrons of the early MEHA bested proper administration. ” In 1898, the city emphasized supervision on 20 schoolyard playgrounds; playgrounds aided team loyalty developments “but it could not be effective unless play was supervised, unless someone would teach and promote the games that would best foster a spirit of organization so that loyalty could develop.” [10] This is the lesson the Civic league promoted. For his work in the process, Joseph Lee is called “the “founder of the playground movement.”

The “Featured Image” Is Not Properly Formatted,
Text Includes:

Title- 1909 Lewis Hine Collection: Boston Alley Playground
This photography depicts several school-aged children playing ball in a Boston Alley because insufficient park space.
“Playtime is the most intense part of a child’s life” Joseph Lee insisted, “and it is then that the most abiding lessons are learned. Play in  the street is definitely destructive to training in sound habits of concentration, for the constant interruptions of traffic ‘chopped’ play into short lengths. By fully engaging the child’s mind,” Lee believed, “directed playground activity would teach him the habit of ‘doing something constructive toward a definite and more or less distant end.”

*Not including Jay Beckwith’s quote or the in-text citation numbers.

[3] http://www.mesuringworth.com/ppowerus. *All comparisons ($) will be compared to 2013 in the same fashion