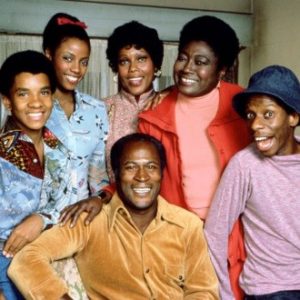 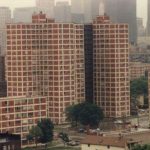 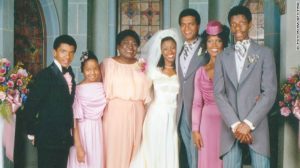 The sitcom Good Times was a popular show back in the 70s. Good Times is known for showing the Evans family and how close they were and, JJ famous line dynamite. Good Times provided a source of entertainment and a sense of learning about society. Urban history can be learned by watching the show because Good Times was influenced by the Cabrini Green housing system in Chicago. I believe that Good Times can help urban historians use popular culture to understand how cities impacted the community.
Public housing was one topic that Good Times reflected on. Cabrini- Green was operated under the Chicago Public Housing Authority also, known as the CHA. When looking at the Evans family home one might notice the small space. Space was small because the federal government wanted to limit the cost limit, and contractors did not take the time to make the layout better for the Cabrini- Green community.

The Evans family were a close family and always made the environment around them workout. With the Evans family being close people watching Good Times was able to see the importance of family reflect through the television set. Good Times was known by the Ebony magazine as being the “tubes best effort at showing black ghetto life.” Not only did the show reflect what Ebony Magazine saw but also, each episode of Good Times provided an important lesson to learn. The lessons could be about crime, public housing, markets, education, medical care and moving up into society.

Crime was reflected in both the show and the Cabrini- Green area. Gangs were around and Good Times reflected gangs in two episodes “Mad Dog Wanted JJ to Join his Gang” and “Michael vs. the Warlords.” Education was impacted by the desegregation of schools and how the city of Chicago reacted to integrating schools. Medical resources was also a problem and Ms. Evans reflected in the episode when “Penny Gets Sick”  how people living in poverty do not have the resources available to get better. The “Food Market Protest” reflected the Evans family calling action on how the markets in the area treat their consumers. The market in which the Evans brought their food from did not value them as an consumer and sold the a  spoiled product that made the family sick. With the discrimination that the Evans family witnessed they always looked at the positive side of things. Meaning that the Evans always wanted better for one another and never gave up on their dreams because of the situations they had witnessed  through.