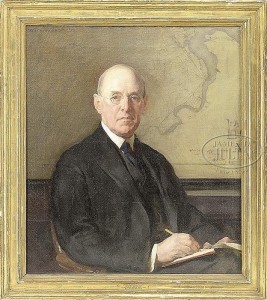 Head-worker Robert A. Woods found that the discrimination facing African Americans was becoming increasingly present within the walls of South End House; in 1908, after eight years of integration, Woods opened an independent auxiliary for African Americans.  Named after native Bostonian and the commander of the first African American Civil War regiment, Robert Gould Shaw House and South End House separated to ease racial tensions within the settlement during the Great Migration and in connection with Woods’s approach to integration.

In her work “Robert Gould Shaw House and Its Work,” Isabel Eaton states that the house was “dedicated to the ideal of fair play and equal opportunity” (Eaton, 141).  The Great Migration brought many southern African Americans North looking for better social and economic opportunities because of oppressive realities that were ever-present in the Jim Crow South.  However, most blacks found that while they had more freedoms and opportunities in the North they still faced discrimination and segregation. These sentiments increased in relation to European immigrants who came to the United States looking for the same opportunities and competed for the same industrial jobs. One function of the settlement house was to help immigrants assimilate into American urban life.  Woods thought that African Americans would benefit from segregation, like immigrants, as a way of inducing racial loyalty, and “the immigrants have even proved that a certain sort of segregation, amid all the conflicting currents of city life, is provisionally a blessing” (Woods in Daniels, ix-xi).

Woods thought that an initial separation of races was needed to promote self-help and establish political, economic, and religious allegiances. Woods also asserts in The Settlement Horizon: “Negroes, like members of other racial groups, must make their way into favor by their productive capacity and their ability to command respect” (Settlement Horizon, 338).  However, Woods preferred that they focused on changing their image in order to gain this respect. 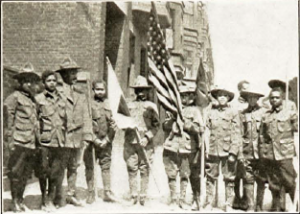 During the nadir of African American history, the negative image of one African American reflected on the rest, and usually that image was inferior, dirty, lazy, and uneducated.  Woods stated, “The chief motive of all club and class work is the development of character and the fulfillment of life” (Young Working Girls, [133]).  Shaw House offered a Mothers and Fathers Club that taught proper parenting techniques, classes that provided a normal and industrial education.  Their Boy Scouts Troop instilled ideas of braveness, duty to God and country, and morality.  The troop consisted of thirty-two black scouts and eight white, and it is consistent with Woods’s idea of gradual integration. 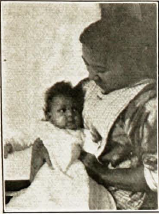 Woods thought that gradual integration was the best course of action, and clubs and classes were the perfect arena, just as long as the minority never reached over twenty percent of the majority.  He also thought racial integration could not be forced.  People of different races and nationalities needed to respect one another in order for permanent integration to take hold, but first self-respect and pride within one’s own race or nationality was needed before the latter.