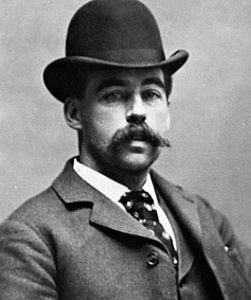 Herman Webster Mudgett is better known by his alias H.H. Holmes, a name which in the late 19th century struck fear into the hearts of everyday people all around America. While he was only convicted for one murder, scholars believe he killed upwards of 200, making him America’s earliest known serial killer. What may seem almost fitting today, is that he committed the majority of his crimes in none other than the “Murder Capital of the U.S.,” also known as Chicago. 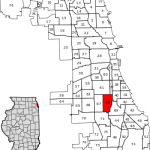 Map of Chicago and Englewood

Holmes was one of the many who decided to move to a big city during this period, but he could have chosen almost any city across the U.S. to make his disappearing act, so why choose Chicago? He chose Chicago for three reasons: the first, because he had been acquainted with the city in the period before his move and he needed to find someplace to hide and quickly; the second, because of the population spike and available land thanks to the Great Fire of 1871; and finally he chose to stay despite the increasing attention place on him because of the great influx of victims he could see coming his way when the Colombian Exposition was announced in 1890.

Despite residing in Chicago for eight years, he was originally from a small town in New Hampshire called Gilmanton where he was raised by his parents Levi and Theodate alongside four siblings. When he finally left his home town and went to medical school trouble seemed to follow him. He was nearly expelled twice, fled Philadelphia after a young boy died while working as a druggist, was seen with a young boy who disappeared in New York, committed insurance fraud, and conned many people out of their money. During his troublesome years roaming the U.S. between leaving Gilmanton and making his final stop in Chicago, Holmes had visited Chicago twice and found it to his liking. With his previous knowledge of Chicago and the fact that he now had a handful of people after his various identities Holmes he finally put his roots down in Englewood, Chicago in 1886. 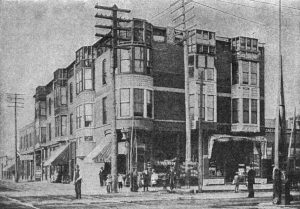 What came with his previous knowledge of Chicago was its development after the Great Fire of 1871 ravaged a good portion of the city. With new spaces to build and new opportunities to seek after the devastation, along with the growth of urban populations, there was not only plenty of room to disappear into but there were more than enough naïve incomers who could easily get lost or found dead without raising any suspicion or making any headlines. It is for this same reason that he stayed in 1890 despite multiple lawsuits pending against him. The Colombian Exposition would bring in more people ignorant of the city’s dangers and easy to lure into his trap disguised as an inexpensive hotel just a few blocks from the fair grounds in a growing neighborhood in the south of Chicago. This was where he killed the majority of his victims, all because of what the growing city of Chicago had to offer him.