Influences to the Creation of Early Childhood Intervention in Chicago

Early Child Intervention began in the 1870s, when Americans began to open free child care centers for the poor. 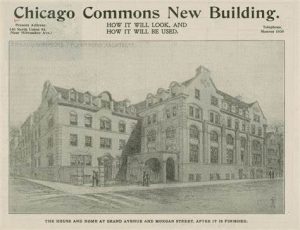 A settlement house that doubled as a child care center in the 1870s.

They did this as a means to save the impoverished children from falling into the same patterns of misfortunate as their parents. The centers were places in which they could reform the children to become better suited for society. These centers mostly appeared within Chicago’s many settlement houses; some examples of these settlement houses are the Hull House and the Chicago Commons. It was not until nearly a century later that Early Childhood Intervention became a federally funded initiative. One of the main contributing factors to the start of federal funding was President Lyndon B. Johnson’s “war on poverty.” 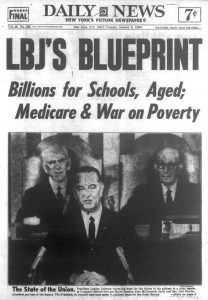 It was not until nearly a century later that Early Childhood Intervention was a federally funded initiative, despite the growing need for them within big cities. One of the main contributing factors to the start of federal funding was President Lyndon B. Johnson’s “war on poverty.” The war on poverty was declared during the great society era which is also when President Lyndon Johnson inherited the presidency. The great society was his dream for America to be a nation in which all citizens have equal share of the country’s resource and democracy. In short, the war on poverty began because it did not fit into his dream for society. President Johnson was able to influence the creation of federally funded anti-poverty programs in Chicago as well as increase parent involvement in education. 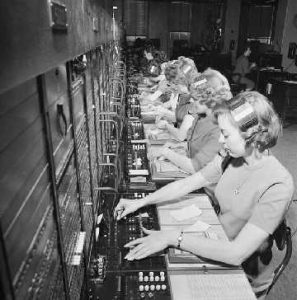 Women entering the workforce in larger numbers after WWII.

President Johnson oversaw the launching of several anti-poverty projects. The Economic Opportunity Act was created with the goal of aiding impoverished adults. Out of this project, Community Action Programs were born with the goal of assisting local governments and communities in combatting against poverty through their own anti-poverty programs. Local governments were opposed to these programs because they required that the poor be entitled to administrative power. However, their minds were quickly changed when the Johnson administration re-centered the war around poor children. His team knew that this strategy would entice the participation of local governments because they would not have to give up any power and because people were more sympathetic toward children and did not blame them in the same ways that they blamed their parents.

The first federally funded Early Intervention center was opened during the 1960s. It was named Head Start and it was the first Community Action Program to be applied in Chicago. 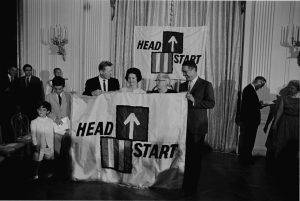 It was planned out to be more than an educational program; it was meant to improve all aspects of the poor youth’s lives. Head Start was created by fourteen experts, hired through the Johnson administration with goals to foster social and emotional development while creating dignity for both the child and the parents, which is what peaked parent involvement. Not long after, Child Parent Centers were opened in Chicago’s poorer west side neighborhoods. Their goals were to overcome poverty and discrimination.