This research projects purpose is to explore Chicago’s diverse food processing industries. Food Processing is not limited to only canning and packing foods, it is the process of taking raw material and turning it into ready-to-eat products or ready-to-be-made products. In order to explore Chicago’s diverse food industry, one must look to the changing demography of Chicago since its establishment as a township in 1833.

The first wave of migrants into the developing city of Chicago were white Americans, often in order to escape the density of east coast urban centers. This wave of white American migrants began around the 1840’s and lasted until around and into the 1870’s. Coinciding with the white American migrants movement into Chicago were the Europeans such as Germans, Irish, British, Italian, and more. The European migration into Chicago lasted until around the 1920’s. However, as a result of this migration into Chicago, the food processing industry within it began to expand. With the growing Euro population, its influence was seen in the food processing industries. Meatpacking and processi

ng companies were opened along the outer edges of the city, often catering to the types of food wanted by the newly settled migrants.  Some examples of these are Vienna Beef, David Berg, and the Slotkowski Sausage Company. Bakeries in local neighborhoods catered to specific ethnicity or cultures such as Jews, Lithuanians, Italians, and more. Not to be left out, many beer gardens and breweries were also established along the outskirts of the city. They often catered to the people living around the factories on the outskirts, much of them being of European descent at this point time, the late nineteenth and very early twentieth century.

The second wave of migrants began near the end if the first wave, overlapping it a bit. Starting in 1916 the Great Migration began, which was the mass movement of African Americans out of the Jim Crow south and into northern and northwestern cities in the United States. This migration lasted until around the 1970’s, in which it was being overlapped with the movement of Asian and Latin people into Chicago beginning in the 1950’s and into the end of the millennium. Coinciding with this phenomena, was the “white flight” out of Chicago by the now Americanized people of European descent. This left space for all these different groups of people to inhabit. Much like during the first wave of the ni 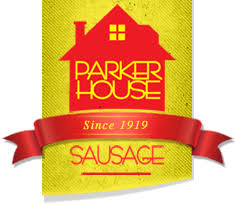 neteenth and early twentieth century, businesses began to pay attention the the growing diversity. Parker House Sausage Company attracted the business of African Americans in 1919 with their southern style sausage links and companies like Del Ray, Sabinas, and Atontilco produced tortilla factories in Chicago during the later half of the century to cater to the people of Latin des 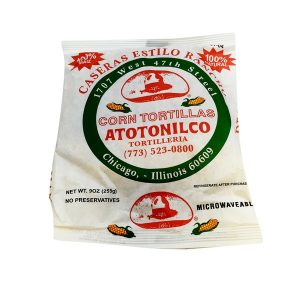 cent. Not to be excluded though is the Asian influence in the food processing industry within Chicago. They had representation in the form of the Hong Kong Noodle Company and other factories that produced fortune cookies and moon pies.

It can clearly be seen that Chicago’s food processing industry was and still is directly influenced by its diverse inhabitants since the time of its establishment in the nineteenth century.